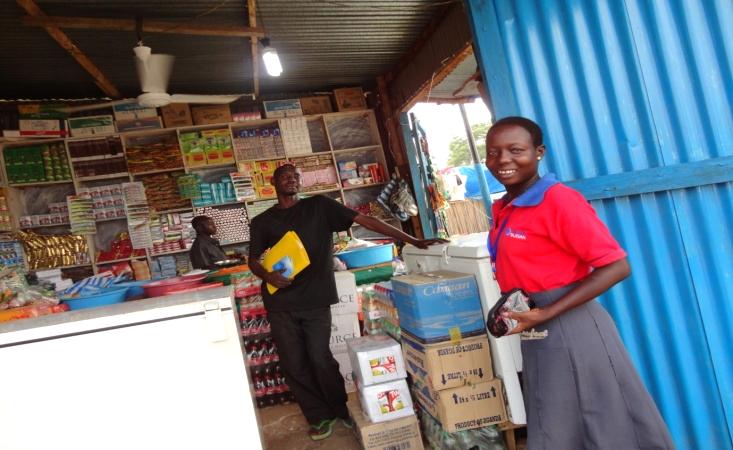 Announcement was …. “The Nobel Peace Prize 2006 is divided into two equal parts to Muhammad Yunus and Grameen Bank..”

This was for their impact on the economy by providing Micro credit to millions of people across the world and helping them improve their economic status.

One such person who was inspired by Prof Muhammad Yunus wasRohan Mathew.

As the borrowers began to grow, Rohan saw that a lot of time was being spent on huge spreadsheets that were manually maintained which restrained them from expanding. That was when Rohan approached Multunus to build a Loan Management System so that they could focus on impacting more people.

Since then Multunus has been associated with The Intersect Fund and has already seen the impact of the on-going Loan Management System, with a whooping 300% increase in the number of loans in just one year!

The inspiration to add more value to The Intersect Fund and also to understand the technological impact that we could provide for an MFI is why we are researching about MFI.

Hence these blog posts are part of sharing our understanding of the MFI industry and its potential impact on the community and the industry.

MFIs - Micro Financial Institutions - are organizations that provide basic financial services to the low-income group and to the people below poverty line who may not have a good credit history or who do not have access to these services from a bank.

These MFIs give loans of smaller value, allow deposits of smaller nature etc - which would not be provided by banks.

The reason these are small / micro is for people who have just enough or less money to invest in their small businesses, who have to pay school fees for their children, who have to bear costs of marriage etc.

For example, In India they don’t need a huge amount like Rs 100,000, but instead something like Rs 5,000 would be enough for them to boost their business or meet their needs. These people would then pay it back in installments as low as Rs 50 on a daily basis or on a seasonal basis etc depending on their income.

To make these poor people self sufficient and to discourage them getting into the debt trap, MFIs provide them with the financial inclusions as well.

What are the financial inclusions?

Financial inclusions are basic financial services available at affordable costs to the disadvantaged or the poor section of the society. These are in terms of access to smaller amount of loans with flexibility in the repayment schedules, encouraging deposits of smaller value, access to the basic insurances without paying hefty premiums and addressing the inaccessibility to banking services outside banking locations. To motivate people to utilise the financial inclusions available in India, the current Indian Prime Minister Modi introduced thePradhan Mantri Jan Dhan Yojana. 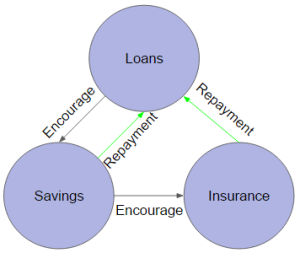 Financial Inclusions include the following:

Though Micro Credit and MFIs are used interchangeably, micro credit is one of the services provided by MFIs. These loans may start from a few hundreds to ten thousands of rupees. They are offered for various purposes like capital investment in small businesses, working capital for businesses, to help with personal expenses like marriage, children’s education, medical help etc that will help them to alleviate acute poverty and move to a better lifestyle.

With a goal of creating self-sufficiency among poor people, MFIs encourage small savings to meet their future requirements like repayment of the loan itself. This may be as low as depositing Rs 10 at a time.

These are the various insurances to cover health, death, loan repayment, loss of income etc. These are provided at a very low rate of premium and the sum insured would be just enough to cover the emergency expenses. These services actually discourage people from taking more loans to cover emergencies like medical expenses, death of a family member etc so that they do not fall into the indefinite debt trap.

MFIs are not physically accessible to people in rural areas and hence this service allows them to use mobile phones as a tool to make use of the services provided by the MFIs. eg. M-Pesa in Kenya.

Thus MFIs have given a new perspective to financial services, which were earlier available to the higher class of people, through the impact that they create to improve lives of people below poverty line.