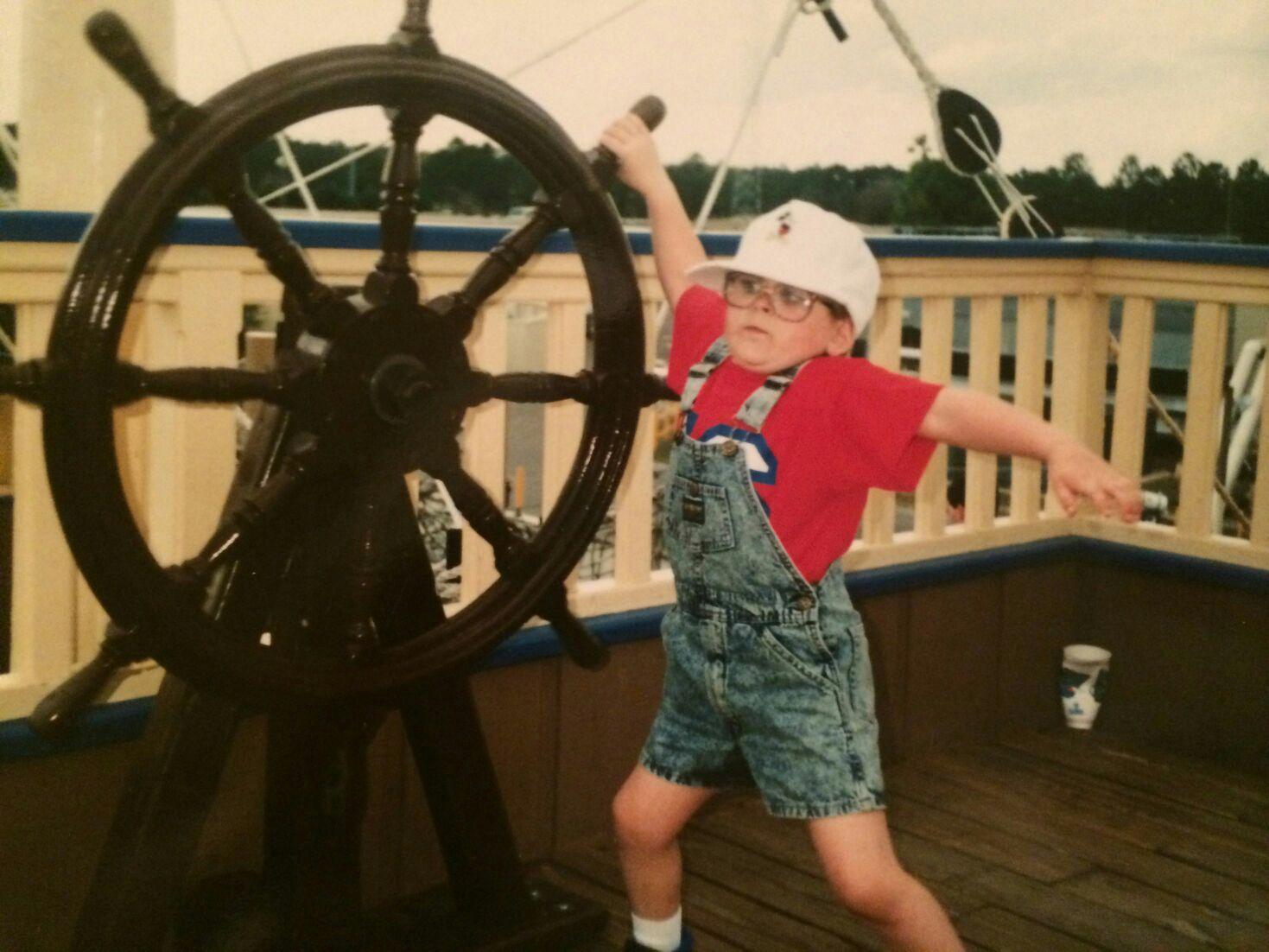 The book Turn the Ship around - Turning the followers into leaders introduces the model leader-leader and explains why its effective than the traditional leader-follower model. Written by David Marquet the book outlines how he implemented the leader-leader model while being the captain of a nuclear submarine, the USS Santa Fe.

David talks about four pillars of the leader-leader model:

In a video explaining the model, David gives examples across different industries:

In my earlier posts Fixed Requirements and What is Value?, I shared my experience while working with an enterprise customer in which we struggled to deliver valuable software. The major issue was the lack of focus on understanding the end users. The four aspects mentioned above - control, competence, clarity and courage - were missing in our context.

Even though we had the control over when we could deploy, what needs to be deployed was controlled by a lot of factors, many of them unclear to the engineering team. And many on the team, both the engineering and the non-engineering folks, lacked the courage to make decisions and resistant to release their control. These had a huge (negative) impact on delivering value on time. 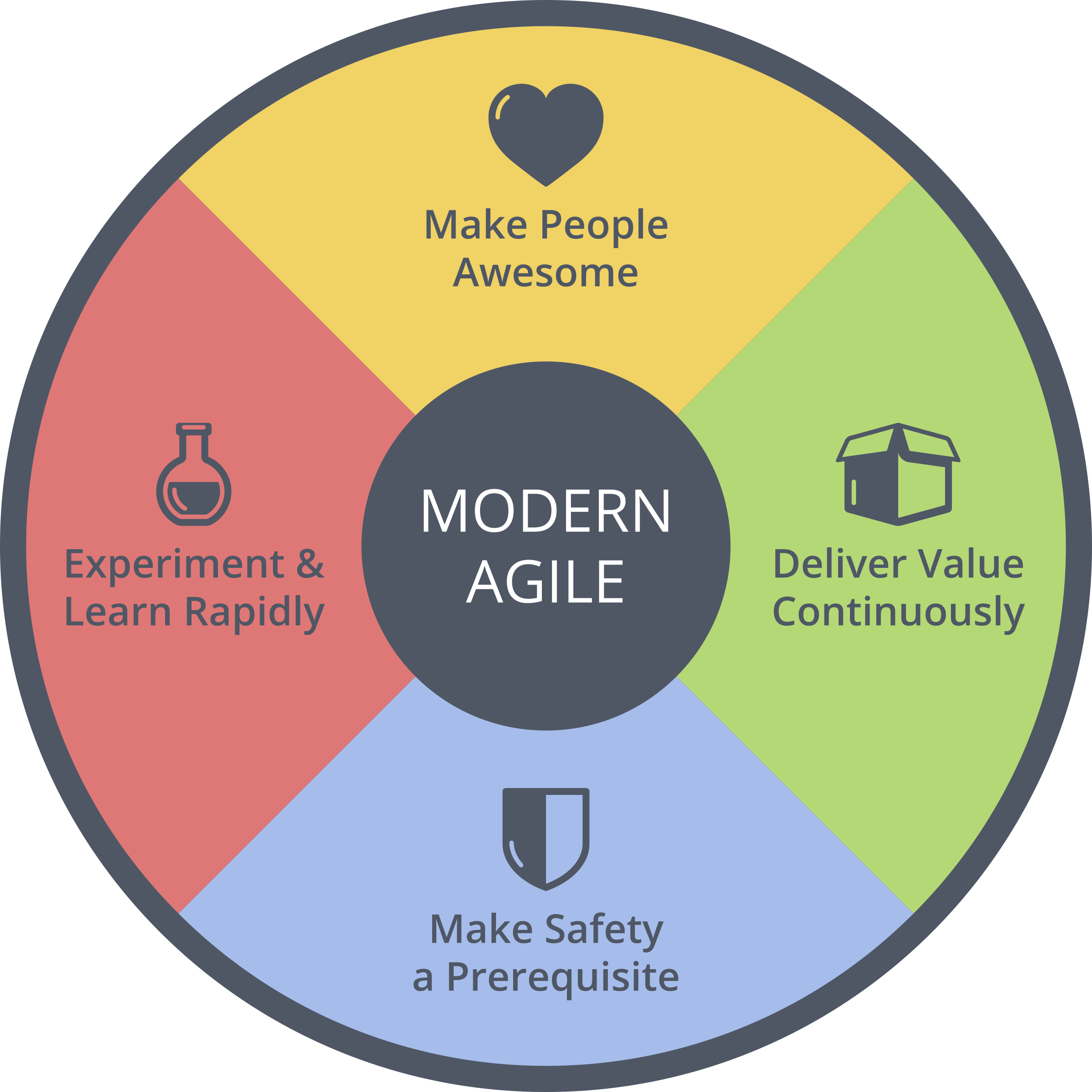 I concluded the post by touching upon Modern Agile, described by Joshua Kerievsky, CEO of Industrial Logic and founder of Modern Agile as:

Modern Agile is a community for people interested in uncovering better ways of getting awesome results. It leverages wisdom from many industries, is principle driven and framework free.

Every organization, including software development organizations, should use the four guiding principles for producing exceptional outcomes and growing an outstanding culture.

Steve Jobs used to ask his colleagues, "What incredible benefits can we give to the customer? Where can we take the customer?" In modern agile we ask how we can make people in our ecosystem awesome. This includes the people who use, make, buy, sell or fund our products or services. We learn their context and pain points, what holds them back and what they aspire to achieve. How can we make them awesome?

Safety is both a basic human need and a key to unlocking high performance. We actively make safety a prerequisite by establishing safety before engaging in any hazardous work. We protect people’s time, information, reputation, money, health and relationships. And we endeavor to make our collaborations, products and services resilient and safe.

Anything that isn’t delivered isn’t helping anyone become more awesome or safe. In modern agile we ask ourselves, "How could valuable work be delivered faster?" Delivering value continuously requires us to divide larger amounts of value into smaller pieces that may be delivered safely now rather than later.

I had attended Joshua’s Modern Agile workshop during Agile India ‘17 in which he shared his perspective about Modern Agile and building such a community. We started the workshop by watching the short film about the building of Gossamer Condor - the first human powered aircraft - by Paul MacCready.

The project was far beyond their timeline and had a lot of setbacks, but the team kept experimenting and changed the course through the learnings from the experiments. It is interesting to see Paul making changes to the aircraft just before their 10th official attempt to demo the aircraft, in which they won the prize. I wonder how many of us will be ready to make changes, even small, during a major launch of the product.

The team had a lot of crashes and they saw every crash as an opportunity to rebuild. They were able to build each version quickly because of their simple and modular design. The aircraft emerged from each of these experiments and the final product was vastly different from what they had originally envisioned. 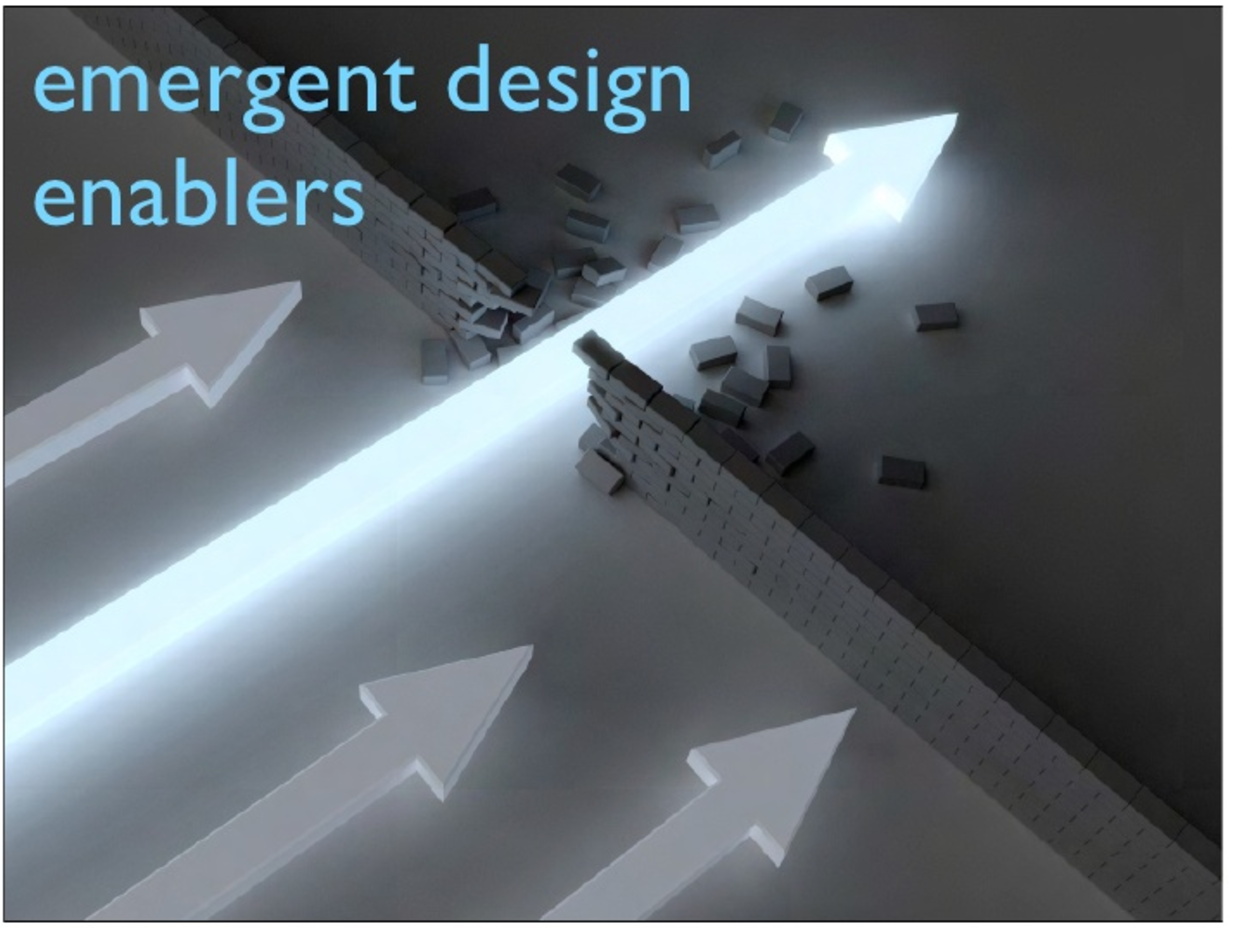 Emergent Design is one of the required practices for continuous experimentation and delivery. You can see Paul MacCready and the team doing the same, the product and the architecture emerging over a period of time.

Emergent Design helps us to reduce legacy to the minimum. For the product to emerge through the learnings from the experiments, two key things should happen:

Who doesn’t want to be on a team who make people around them awesome? For us to do that, each of us need to be a leader than a follower. And let’s be leaders who want to create more leaders than followers.