Have Your Cake and Eat it Too

One of the problems the teams face, especially those following a fixed length iterations or sprint as Scrum recommends, is not having enough "stuff" built at the end of an iteration. Usually, this is what happens:

As Joshua Kerievsky mentions, the team goes through the following emotions during the iteration:

We had gone through similar phases multiple times in the past. We followed Mainline/Trunk Based Development along with feature toggles. And also had enough automated tests to give us the confidence to release to production. But still, we had this issue of not achieving enough at the end of the iteration.

That is when we started moving away from fixed iterations to variable length iterations and tried with time boxing instead of estimating. This was a huge enabler for Continuous Delivery by having small batches. And slicing the features to really small helped us to get quick feedback and change course depending upon what we learn.

Sprints are still good, from the perspective of zooming in and zooming out, but decoupling deployments from releases was a big step forward. Manier times we decided not to implement certain things because of our learnings from deployments. This makes products simpler as per Agile Manifesto, Simplicity - the art of maximising the work not done - is essential.

Small batch is a concept that comes from lean manufacturing and is key for Continuous Delivery. It is based on the saying if it hurts, do it more often. 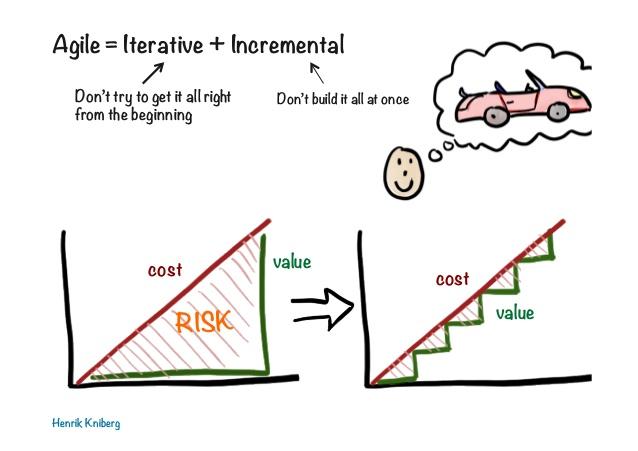 It feels counter intuitive that a team who were not able to release anything at the end of a week or two weeks iteration but were able to get many stuff done when it was done on a daily basis. Surprisingly, this is what fundamentally mainline development enables.

Apart from giving instant gratification to the team, as Paul Hammant mentions, a team who is committing to trunk on a continuous manner builds the below habits:

There are a lot of case studies around how small batches help teams to achieve awesome results. You can read the below articles to know more:

But the question is, how do you enable small batches. There are only guidelines for doing this i.e. INVEST in good stories and SMART tasks. Better User stories cover a lot of techniques on this.

I will be covering a few examples on this in the upcoming weeks.